This page is all about the basic types of camera shots. No matter the movie, all of these shots will appear in it. If you’re feeling ambitious, share a short film or excerpt with your class and see how many camera shots your students can identify. Here is their cheat sheet: 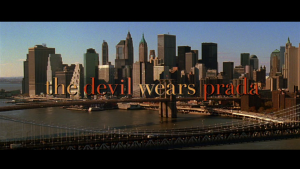 The Devil Wears Prada Opens with a shot of the Brooklyn Bridge so the audience knows the characters will be dealing with life in New York.

Very Wide Shot – The Very Wide Shot (VWS) is taken much closer to the subject than an Extreme Wide Shot (but still much further away than a Wide Shot). The subject is barely visible, with the emphasis on placing him in his environment (for example, a shot showing the scope of a desert, with the traveling hero barely visible). The VWS can work as an establishing shot, where the audience is shown the whole setting so they can orient themselves.

Since the purpose of a very wide shot is to place a character in his surroundings, it makes sense that this shot from Hugo emphasizes the setting of a crowded theater.

Wide Shot – In a Wide Shot, the subject takes up the full frame, leaving a bit of “safety” room at the top and bottom. It can also be called a Full Shot or a Long Shot. 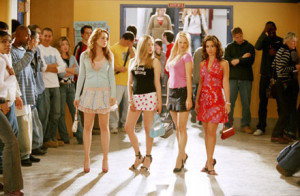 This long/wide shot shows that the Mean Girls clique is popular, united, and the center of attention in their school.

Mid Shot – The Mid Shot shows some part of the subject in more detail (i.e., chest and face), while still showing enough for the audience to feel as if they were looking at the whole subject. It’s an approximation of how you would see a person “in the flesh”in a casual conversation – you’re not focused on his entire body. It is frequently used by television news presenters, and also called a Medium Shot. 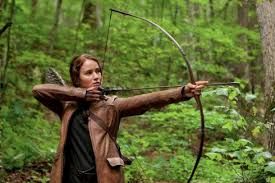 This shot from Hunger Games captures Katniss from the waist up, focusing on her actions as much as her expression. It also captures a bit of the background for context.

Medium Two Shot – This is a shot of two people from the waist/chest up, often used to show their relationship to one another. 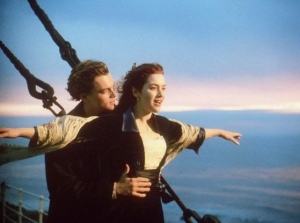 This is one of the most famous medium two-shots (medium close-up with two people). Things only got better for Kate and Leo from here. Well, in their careers. Not in Titanic.

Closeup – In a Closeup, a certain feature or part of the subject takes up most of the frame (when the subject is a person, usually the eyes, and meant to emphasize their emotional state). Closeups can also be used to show detail of other subjects (a book cover, a padlock, the numbers on a key). 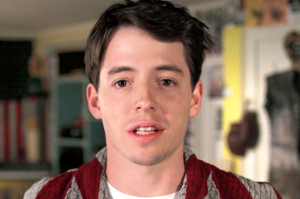 In Ferris Bueller’s Day Off, Matthew Broderick loved breaking the fourth wall (addressing the audience directly). Note how the camera focuses on his face, not one particular features. That’s the difference between a closeup and an extreme closeup.

Medium Closeup – The Medium Closeup is halfway between a Mid Shot and a Closeup. This shot shows the face more clearly, without honing in on particular features (most often, the eyes).

This medium closeup captures the Joker (Dark Knight) from the chest up.

Extreme Closeup – An Extreme Closeup is a shot that shows one feature or aspect in extreme detail (usually a frame of the face, during a period of extreme emotion). 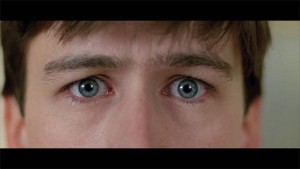 In Ferris Bueller’s Day Off, the pain of Ferris’ long-suffering best friend Cameron is caught in this extreme closeup of his eyes.

Overhead Shot – An overhead shot is a shot where the camera is positioned above the character, action, or object being filmed.

Don’t worry, boys. I’m sure it’ll work out for you. After all, a sequel will make billions (Avengers).

Over the Shoulder Shot – This shot is framed from behind a person who is looking at the subject (the vantage point of someone participating in a conversation). To mix things up, it’s common to cut between these shots during a conversation, alternating the view between the different speakers.

In Harry Potter, viewing Harry from Lord Voldemort’s perspective lets audience see Harry’s emotion in the heat of the moment.

Low Angle Shot – This shot looks up at a subject, and is usually used to emphasize their power or dominance. 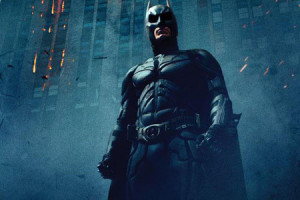 Who’s more powerful than Batman? No one, that’s who.

High Angle Shot – This shot looks down on a subject, and is often used to make the subject look vulnerable or powerless. 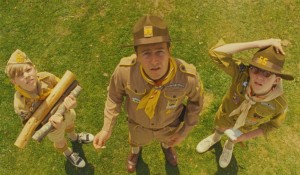