Most people think of closeup shots as focusing on a person’s face, which is one type, but closeups can also focus on a particular object, like here: 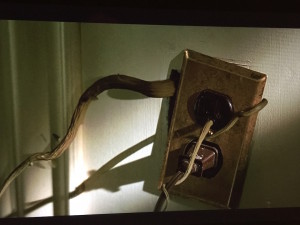 An extreme closeup is what it sounds like: a closeup shot in extreme, focusing on a specific feature: 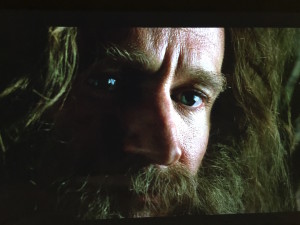 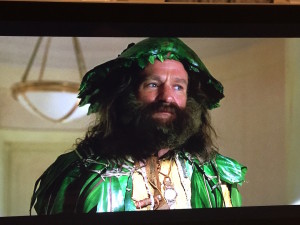 A medium shot is a shot that focuses on characters from a relatively close distance:

A medium two-shot is a shot that features two characters in a frame, often from the knees, waist, or chest up, framed to show their relationship to one another (either in the moment or in the story): 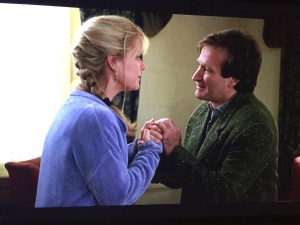 An over-the-shoulder shot is a shot framed from behind one character who is looking at another, meant to establish intimacy in the conversation and to show the points of view, as it often switches from one character’s point of view to the other’s: 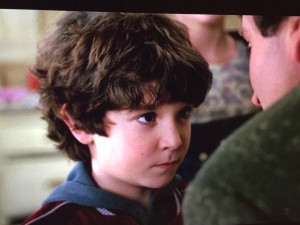 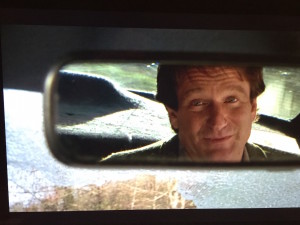 A low-angle shot is a shot that looks up at a character, and is usually used to emphasize their power or dominance, such as this frame, in which young Alan Parrish looks up at his parents as they tell him their plans to send him to boarding school:

A high-angle shot is a shot that looks down at a character, and is usually used to emphasize their vulnerability, such as this frame, in which young Alan Parrish’s parents look down on him as they deliver their news about boarding school: 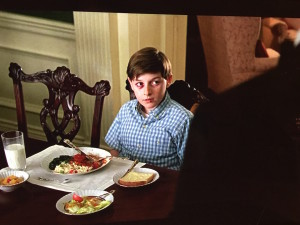 In a wide shot, also called a full shot or long shot, the subject takes up the full frame, leaving a bit of “safety” room at the top and bottom: 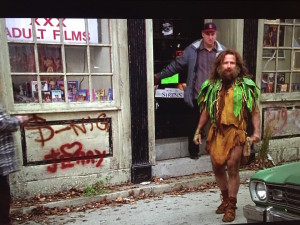 A very wide shot is much further from the subject than a wide shot, with the emphasis on placing the subject in his environment and what he is doing. Here, it is a murderous hunter approaching the Sir Sav-A-Lot in search of Alan Parrish:

An extreme wide shot is used to show a subject’s surroundings, and is often called an establishing shot, meaning that it establishes the setting in the beginning of a movie or a scene:

In a soft focus shot, only certain items in the shot are in focus to place emphasis on them, such as a character’s emotion or reaction: 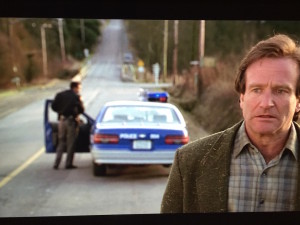 In a deep focus shot, all items in a shot are in sharp focus: 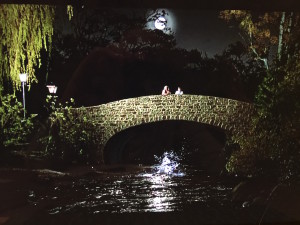 A reaction shot is usually quick, and it focuses on a character’s reaction either to another character’s dialogue or on-screen action: 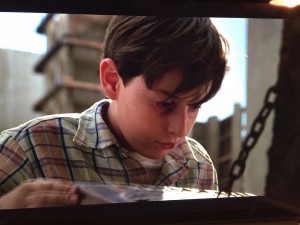 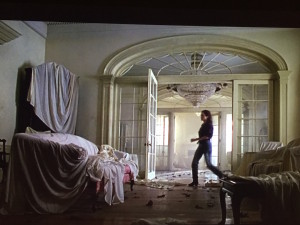 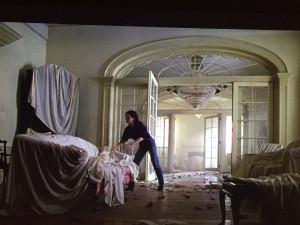 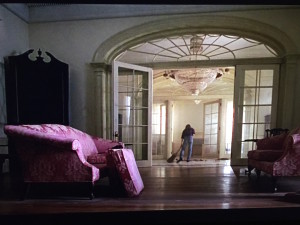 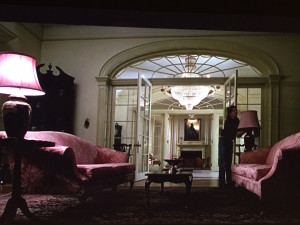